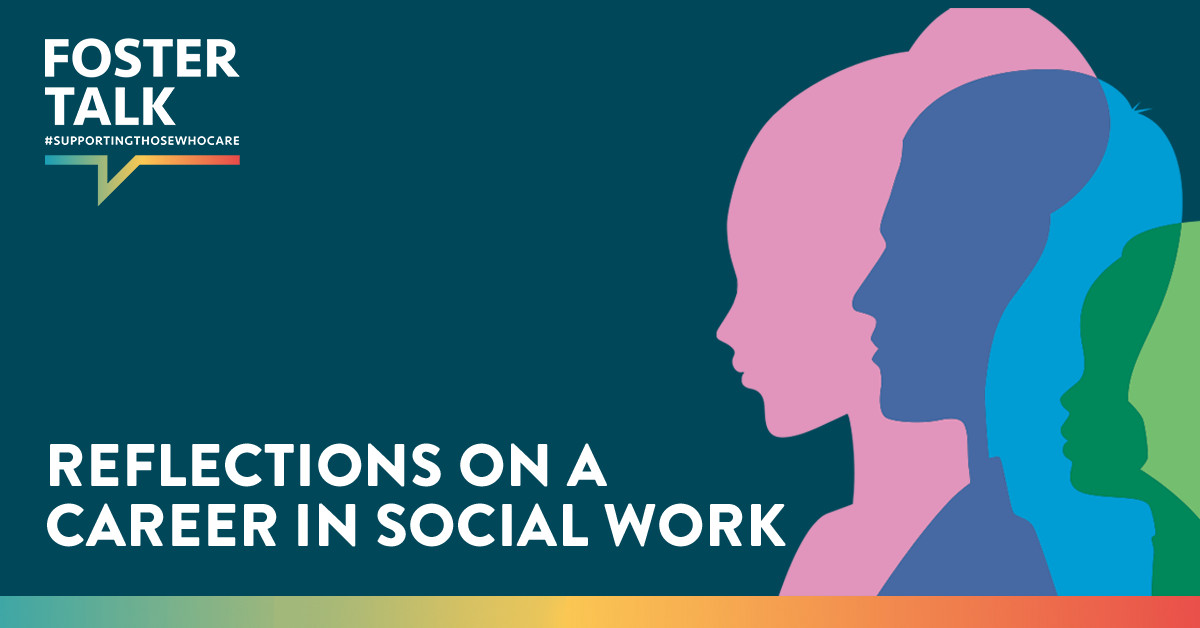 Reflections on a career in social work

I started my social work career in 1988, which seems very long ago! On world social work day I have been reflecting on the way that social work has changed over the past 30 years and wanted to share some of my thoughts and experiences with you.

The LA that I worked for was the first to move away from having their own residential homes for children and young people with the aim that all children should have the opportunity to live in a foster or adoptive home. Sadly the reality did not match the vision as many children were then placed in residential homes many miles away from their home location.

Why was this? Well partly due to the difficulty in recruiting enough foster families, but also because some young people do not want or are not suitable to live in a foster home at some point in their care journey. This situation persists today, with a national shortage of foster carers particularly for older children, sibling groups, children from minority ethnic backgrounds, children with disabilities and unaccompanied asylum seeking children.

One of my roles as a social worker was identifying suitable adoptive families for children in care who needed a permanent family. In the late 1980s/early 1990s it was common to place black and dual heritage children with white families. Indeed, the policy of the LA I worked for was that prospective adopters over a certain age would only be considered for a non-white child.

I campaigned for this to be changed when I received a baby into care whose parents were Muslim and Sikh and who had been rejected by both parental families as he was born outside of marriage. This baby was placed with white foster carers who tried very hard to meet his cultural needs but I refused to place him with white adopters and was allowed to recruit from within the local community for a Sikh family in line with his birth mother’s wishes. This recruitment campaign was successful and resulted in 3 suitable families being assessed. I chose one of them and the remaining two were then available for another child.

Thankfully there is much more awareness in the 2020s about the need for children and young people to be placed in culturally appropriate placements but there is still a long way to go in recruiting from minority ethnic communities and challenging the racism that still exists within the system which means that black and Asian children have worse outcomes that their white counterparts.

I moved away from the local authority to specialise in fostering and have spent the last 30 years working with children and young people in foster carer and as importantly, supporting the foster carers who make it possible for young people to have a good experience of family life. I have been Professional Advisor at FosterTalk for the last 10 years and still gain huge job satisfaction from working with foster carers, hearing their stories, and trying my hardest to make their lives a little bit easier for them.

Much has changed in the last 30 years but the commitment of social workers and foster carers working together for the benefit of children and young never diminishes. Long may it continue!

← Previous: Build Your Family Next: FosterTalk’s response to the government consultation on The Adoption and Children (Coronavirus) (Amendment) Regulations 2021 →
We use cookies on our website to give you the most relevant experience by remembering your preferences and repeat visits. By clicking “Accept All”, you consent to the use of ALL the cookies. However, you may visit "Cookie Settings" to provide a controlled consent.
Cookie SettingsAccept All
Manage consent